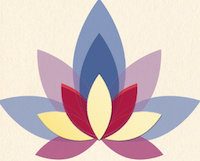 Be kind to yourself – you’ll eat better

Diets are so 2014. This new year, swap self-discipline for self-compassion – happiness and health await.

On the first of January around 5 million Australians will vow to lose weight. By February, most will fail, concluding they lack willpower. Many are victims of the idea that tough love is motivating, even though their past experience says otherwise.

If you’re one of these “failures” you probably told yourself you just need to get your act together. Yet researchers suggest that trying harder to be disciplined can backfire. Paradoxically, people who try to rigidly control their eating wind up eating more chocolate and less chia. It’s like trying to hold on tightly to a slippery bar of soap.

One reason strict dieting leads to poor eating is the “what the hell” effect. When we inevitably slip-up and eat something “bad”, we feel guilty for ruining our diet. “What the hell,” we say. “I’ve blown it and feel terrible, so I may as well cheer myself up by eating the rest of the tub.”

The stricter the diet, the bigger the fall. “Some dietary patterns are simply unsustainable and set people up to fail, time and time again,” says Fiona Sutherland, Accredited Practising Dietitian and Director of Melbourne’s Body Positive Australia. Each time, we think it’s us, not the diet, that’s faulty. We may even turn to food as a way to deal with the guilt.

Coming down hard on ourselves perpetuates the cycle of dieting, overeating and guilt, as Adelaide woman Kylie Pax knows. Pax spent years trying to diet her way to thinness – at any cost. “Eventually I was either dieting or binge-eating but there was no in-between. Quite frankly, the result of that was poor health for many years,” she says. The long-term result of yo-yo dieting like this is usually less muscle, more fat, and a higher body mass index (BMI).

There’s good news. A gentler attitude towards ourselves and food helps us eat better. “Women may experience a more positive body image and better eating habits if they approach disappointments and distress with kindness,” says Professor Allison Kelly from Waterloo University. In September, Kelly and her colleagues published research showing how self-compassion weakens the relationship between out of control eating and high BMI. In another new study, binge eaters who practised self-compassion exercises for three weeks binged less often than those who didn’t.

Self-compassion isn’t thinking you’re fantastic– it’s accepting and understanding the parts of you that aren’t great. Louise Adams, clinical psychologist at Treat Yourself Well in Sydney says it means “being your own best friend through thick and thin”. It doesn’t mean letting yourself off the hook, but forgiving small mistakes so you can keep moving towards what’s important. In fact, a 2012 study on self-compassion found that accepting failure increases our motivation to improve ourselves.

Self-compassion helps us eat well by avoiding the overwhelm of negative emotions. We can then take responsibility for what’s happening and keep our eye on the bigger goal of our health. To feel more self-compassion Adams suggests asking: “What would I say to (someone) who I dearly love if they were going through what I am?”

If Pax overeats, she now has a similar kind response: “It’s ok, it’s done, and it’s over.” She views eating mistakes as experiments, asking what stress in her life might have triggered them. She then reflects on what she ‘could’ have, rather than what she ‘should’ have done. Pax refuses to beat herself up or diet to counteract overeating. “My own mental and physical health is more important to me than whatever I just ate.”

There’s no doubt nutritious food is important, but strict diets can be both physically and psychologically damaging. When someone’s good intentions to eat well turn into an obsession with food purity, it’s called orthorexia – literally “righteous eating”.

For our physical and mental health, Sutherland urges us to step away from diets, especially those that forbid whole food groups like grains or dairy. She says: “The latest evidence tells us that a set of habits we are able to sustain is the best way to eat. And honestly, this looks different for everyone.” It’s the same philosophy Pax follows. “I used to be quite rigid, but now I feel strongly that each individual has to travel their own path and do what’s right for them.” If she’s hungry, she eats, and thinks about what her body wants rather than her mind.

Although sustainable habits are individual, good health will always mean more fresh foods and less processed stuff. This is still the main message in Australia’s Dietary Guidelines. The updated guidelines might not be sexy or championed by a celebrity, but they are based on substantial high-quality research.

But what should we do if we overeat “bad” foods? Adams says: “Food is morally neutral. There are some foods which might serve your body more than others, but no foods are off limits.” And yes, it is ok to eat for pleasure. “I personally believe that eating some foods for pleasure is one of life’s great gifts,” says Sutherland. Pax keeps healthy treats on hand and says: “It’s very important to me never to deprive yourself.” All three women are emphatic about enjoying treats mindfully, to fully experience them and notice when we’ve had enough. Psychologists and dietitians can guide anyone who doesn’t trust themselves to stop at one cupcake.

Being self-compassionate and enjoying food sounds great, but most us still want to lose weight. Sutherland says eating in a sustainable way doesn’t guarantee we’ll all become skinny minis. But we will be healthier even if we don’t attain our “ideal” body. Rather than our weight, she says: “It is health behaviours that determine our health and is it certainly possible for anyone of any size to adopt healthier behaviours.”

Pax did lose weight – it’s been more than 5 years since she lost over 20kg with self-compassion and a flexible approach to eating. But most importantly, she’s content. “I have a life now where I’m happy. I have a lot more energy and I want to spend time with other people because I feel good about myself.”

Louise Wedgwood is a health and lifestyle writer